Melania Trump: Marriage With Donald Trump Isn't as Cold as Speculated — Their Dinner 'Hours’ Would Prove It 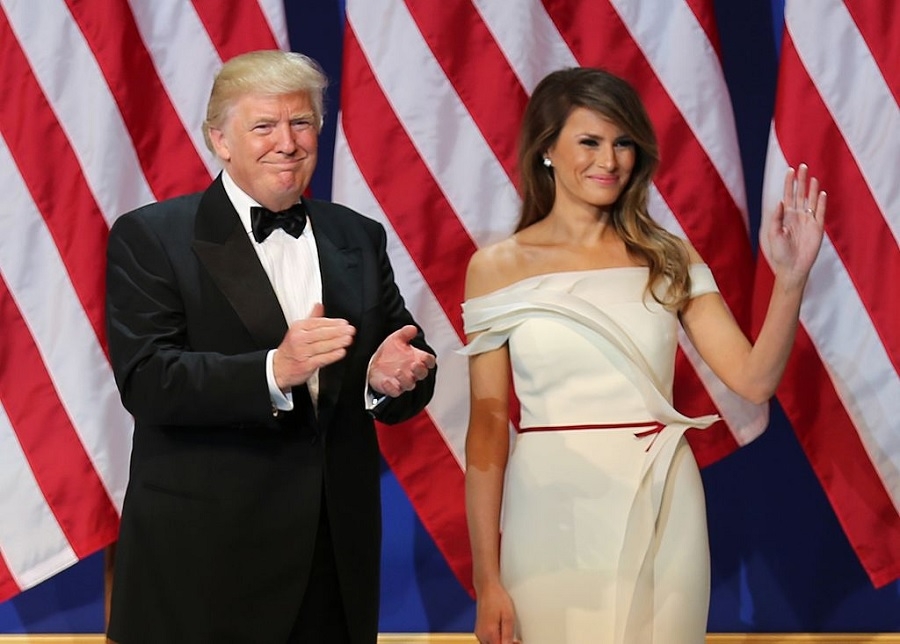 Melania Trump and Donald Trump never lost their celebrity status despite moving into the White House. If any, the couple’s movements are now even more observed. Some reports are even calling their public display of affection (or the lack of it) as “awkward” or “cringe-worthy.”

However, a recent account from Laurence Leamer, author of “Mar-a-Lago: Inside the Gates of Power at Donald Trump's Presidential Palace,” seemingly demystifies these claims. Leamer said (via CNN) that Mr. and Mrs. Trump actually love spending hours together over dinner. This then suggests that the couple are very much happy to share a meal together and are not distant amid their demanding jobs and politics.

The author also revealed that he observed the Trumps staying for as much as three hours at the dinner table, alone together. “They're there so long, other people are leaving and they're just ... there,” Leamer added. “They dine for hours. He likes a small table, a four-person table, so people can come over to say 'hello' but there's not enough room to invite people to join.”

Leamer's observations were reportedly confirmed by a White House official. The unnamed source told CNN that the President and the First Lady of the United States, indeed, sit in dinner “for hours, literally” where they would have “in-depth conversations.”

Meanwhile, there have also been rumors claiming that there is tension in Melania Trump’s relationship with Ivanka Trump. Just last month, investigative journalist Vicky Ward shared Ivanka was very excited about making plans for the Trumps’ stay at the White House. In the process, she reportedly attempted to take over the East Wing that historically houses the First Lady’s office where a supposed “Trump family office” would have been placed.

“When Melania Trump heard about this, she put a very quick end to Ivanka’s plans,” Ward said in Stephen Colbert show. However, Melania’s spokesperson Stephanie Grisham told Vanity Fair in 2017, “Ivanka and Mrs. Trump have always shared a close relationship, and that continues today.”