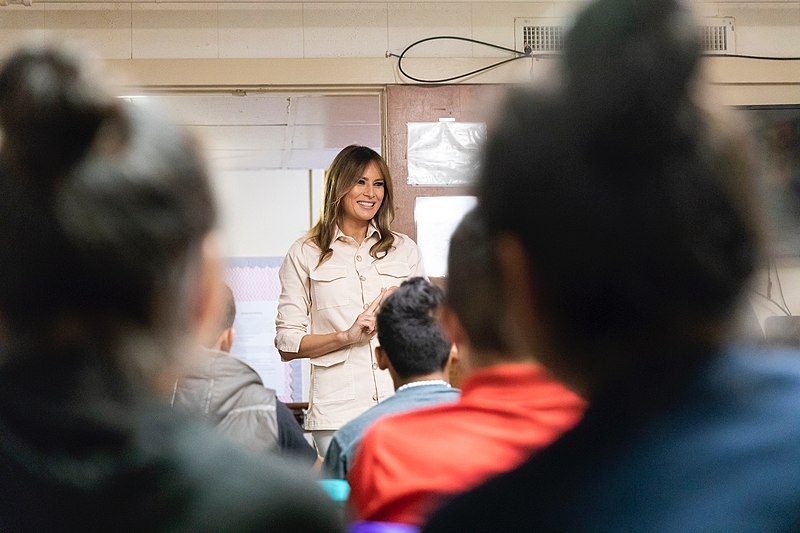 First Lady Melania Trump has always claimed that she is intelligent, given the number of languages she supposedly speaks. Recently, the First Lady suffered a little mishap on social media that got her mocked by the internet.

One of the overseas engagements Melania will be making this year is a trip to New Delhi in India to meet with pro-market Prime Minister Narendra Modi. Melania will be accompanying her husband Donald Trump to meet with the prime minister on the 24th and 25th of February. Their visit will highlight the increasing strength of India’s economy as well as the partnership between the two countries. Modi will be hosting the President and First Lady in both the capital New Delhi and in the western Ahmedabad, which is in the prime minster’s home state of Gujarat.

This time, Modi will be playing host to the Trumps following his visit to the United States in September 2019. After meeting with Trump in New York, Modi marched alongside him in a 50,000-person rally in Houston, Texas that was predominantly attended by Indian-Americans.

Melania took to Twitter to update her followers on her upcoming overseas engagement, but many noticed the typographical error the First Lady made, misspelling New Delhi. One commenter corrected her then said “Spell first, then travel” while another commenter mocked Melania’s supposed fluency in many languages.

Although making typographical errors is a very common mistake made online, Melania, like her family, is constantly under fire and under heavy scrutiny. With the added fact that she claims she is very intelligent and speaks many languages, everyone is bound to point out any of the slightest details.

Meanwhile, Melania and Donald are not really known for being very expressive about each other on social media, and Valentine’s Day was no different. Express reports that Melania spent the day at the Children’s Inn at the National Institutes of Health, continuing her tradition since 2018. The First Lady arrived at the facility to visit the patients and gave out heart-shaped cards and cookies as a way to lift the spirits of the children who are staying at the facility. Melania shared photos of her day with the children on Twitter and Instagram and was praised by her followers.