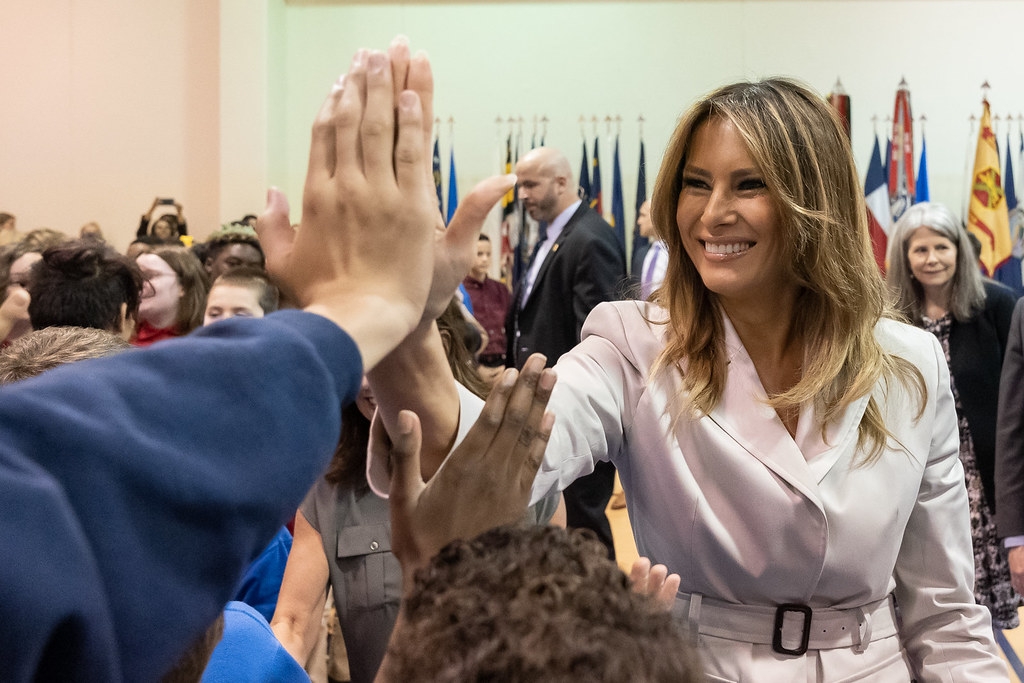 Melania Trump and Donald Trump are once again being rumored having some issues as a married couple. After an alleged dinner fight at Mar-a-Lago, a body language expert reports there were red flags during their appearance at the White House’s official Easter Day event.

A source told PEOPLE that the Trumps were having dinner at Mar-a-Lago less than a month ago but it allegedly erupted into a fight in public. “Melania was upset and they had words with each other over something,” the insider claimed. It was not reported what the couple was fighting about in the incident that purportedly happened on March 30.

Meanwhile, Mr. and Mrs. Trump appeared together, all smiles at the White House Easter Egg Roll on Sunday. Their happy faces could have been an indication that the alleged dinner fight was nothing their supporters should be worrying about. However, body language expert Blanca Cobb explained (via Cosmopolitan) that some of their attempts at a public display of affection were rather “forced” and “awkward.”

Cobb said that, at the start of the event, Melania Trump and Donald Trump both looked genuinely happy and relaxed. However, that was not the same observation she had for the moments that followed.

After the President addressed their guests, they walked onto the lawn where a photo shows he was reaching for the First Lady’s hand. From the way Mr. Trump grabbed Mrs. Trump’s hand to their facial expressions, Cobb explained, "You can have conflicting body language...you may not actually be happy, but you know that social protocol would require you to show some togetherness, and one way to do that relatively easily is by holding hands."

Meanwhile, this is not the first time that people observed Mr. and Mrs. Trump’s manner of holding hands as supposedly unusual for a long-time couple. It was not also the first they were implied to be looking “awkward.” There was even a point where a GIF of their holding hand's attempt became a popular meme online.

Melania Trump’s official spokesperson, Stephanie Grisham, has since dismissed the rumored Mar-a-Lago dinner fight. Grisham said the claim was “completely false” and even dared the “anonymous source to say such things on the record,” according to PEOPLE.