Mark Meadows facing possible federal crimes may be why DOJ has not indicted for contempt, says Watergate attorney 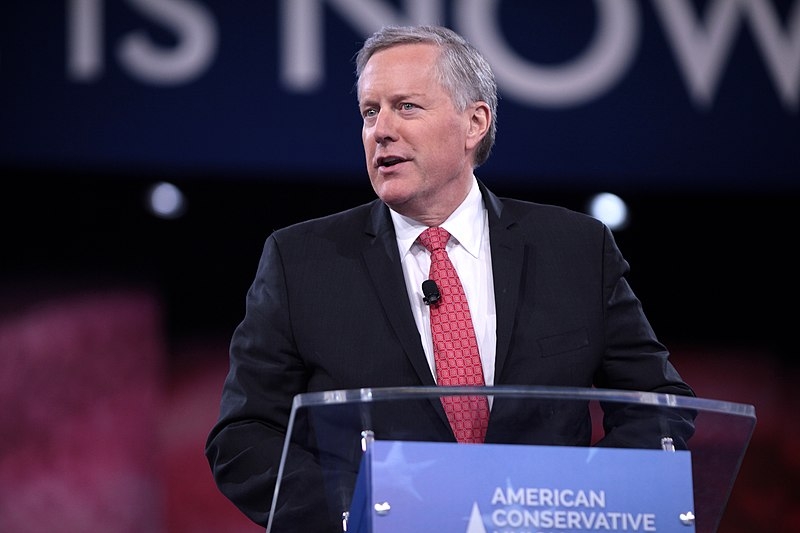 Many have expressed frustration at the DOJ regarding the fact that Trump White House Chief of Staff Mark Meadows has not been presented with an indictment over his refusal to cooperate with the Jan. 6 committee. According to Watergate attorney Jill Wine-Banks, two possible federal crimes may be the reason why the DOJ has not indicted the former Trump aide for contempt of Congress.

Speaking on MSNBC, Wine-Banks suggested that the reason why the DOJ is not indicting Meadows for contempt is possibly due to violating two federal crimes. This comes as Los Angeles Times legal analyst Harry Litman said that Meadows appears to be “up to his neck” with the two federal crimes.

“I think some of what we have seen in the last few days may explain why the Department of Justice has not yet indicted Mark Meadows for contempt, and it may be because these documents show him to be an active participant in a coup,” said Wine-Banks.

“And maybe they are looking at him more seriously for a substantive part and for obstructing Congress. I think he could be guilty of both and that it is very important to work between Congress and the prosecutors to make sure of that,” Wine-Banks explained, noting that Congress would not be granting Meadows any immunity if the Justice Department seeks to indict him.

Wine-Banks went on to explain that Congress’s main role is to pass laws to prevent such a coup attempt from happening again, and they can take these measures without Meadows’s testimony if the DOJ plans to indict the former congressman.

Days prior to Joe Biden’s inauguration, Greene appeared to send Meadows a message pressing Donald Trump to overturn his 2020 election loss by invoking martial law. Meadows did not seem to respond to Greene’s text message, but the messages to Meadows underline the ideas that were being floated around the former president’s circle after Congress ultimately certified Biden’s election victory.