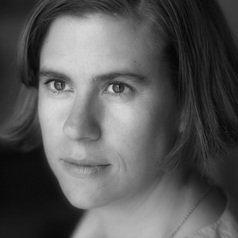 The Italian city of Naples has long been the stronghold of its own brand of mafia known as the Camorra. But according to some, its dominance has now been overtaken by the presence of “baby gangs”.

There is a growing perception that the Camorra has somehow given way to a new kind of criminal activity carried out by urban groups of bored adolescents. Trigger happy, but also knife carriers, with no rules of engagement or strongly held values, these “baby gangs” roam the city looking for trouble or trying to catch the eye of established Camorra members.

They are gratuitously violent, actively seeking confrontation, and live wholly in the present moment with no thought for the future. But have these groups really usurped the traditional mafia presence in Naples? Or is this recent media narrative inspired by an increase in casual youth violence combined with novels, documentaries and films such as Roberto Silvano’s The Piranhas?

A closer look at the situation makes it clear that the apparent fading of the Camorra does not ring true. Sexy and eye catching for the media it may be, but it is a confusing, dangerous and reckless view for the rest of us – a distraction while the traditional Camorra continues doing business and controlling the territory.

Because the truth is that the Camorra is very much alive and kicking. Just last month, local and national special police forces arrested a total of 126 alleged members of a Camorra federation which has supposedly been controlling the city and its criminal activities since the late 1990s.

The judiciary’s arrest warrants focused on activities between 2011 and 2016, seizing real estate and goods with a net worth of €130m. Assets included 80 cars, 81 motorbikes, restaurants, bars, supermarkets, shops, car parks, garages, diamonds, and luxury watches. It was an operation which highlights once again the pervasive – but too easily forgotten – power of the Neapolitan Camorra.

We also sometimes forget how territorial Italian mafias are. For while they maintain a strong and lucrative interest in the international drugs market and launder money abroad regularly, a heavy local presence remains key to their income and recruitment strategy.

Extorting businesses and loan sharking in their “communities” should not be underestimated as a solid money making activity, where it allows the various clans to take almost complete economic hold of a district. The clans are able to dominate the economic activities and the daily lives of many citizens without anyone having the courage to denounce them.

This can often mean clan members lending “clients” money as part of their loan-sharking activities – a vicious cycle that can quickly turn to violence or clan members taking over shares in a business. In one case, the client was forced to hand over a cemetery chapel, in another, a struggling client killed themselves.

Italian mafias remain pervasive and invasive, seeing particular value in public spaces as locations where they can demonstrate their power and defy the state. After last month’s arrests, it was suggested that by the Italian judiciary that the hospital of San Giovanni Bosco in Naples had become a mafia strongholdand fiefdom.

Hospital of the mafia?

According to claims from the Local Antimafia Directorate (DDA), one alleged arm of the Contini clan and one member in particular, who “worked” as a hospital porter, was apparently able to exert influence and interfere in decisions and projects across the hospital. It is suggested that his reputation, and the alleged presence of other clan members working in various roles, allowed the Camorra in effect to take over the running of a medical institution.

The clan allegedly used the hospital as its social headquarters - a safe haven - and a meeting place for Camorra summits, and as a location for the exchange of extortion money and loan repayments. It is even said to have controlled the system of medical visits and operations, gaining favours from doctors (including signing false medical certificates and looking after injured clan members) and special access to medical treatment bypassing the normal bureaucratic channels and waiting lists.

Moreover, according to the DDA, the private company that managed the ambulances was allegedly close to the clan, apparently enabling it to manage comings and goings to the hospital as well as make a healthy profit. For example, the clan allegedly exploited the desire for people to have their deceased loved ones taken home, charging €400-500 per journey cash in hand.

It was also said to be able to influence decisions involving the distribution of public contracts for hospital services, in particular, prosecutors allege, the cleaning contract which their company won with its members as employees, or the hospital canteen being run by a Camorra company.

If proved in court, these allegations represent the true colonisation of a public space by a traditional mafia – a shocking example of how the Camorra continues to infiltrate all aspects of life in the city.

For the citizens of Naples, everyday life – whether it is shopping, socialising, or even seeking health care – remains dominated by organised and sophisticated crime. It is a long way from being overtaken by gangs of roaming adolescents.