‘Lost In Space’ season 2: Did Amazon hinted about the series’ premiere date? Cast and plot details to know 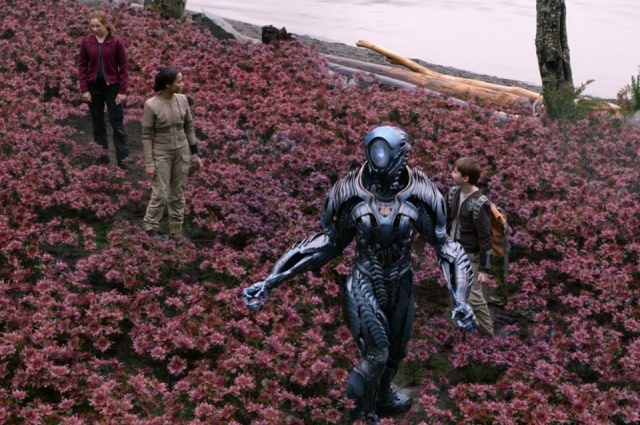 “Lost In Space” season 2 is a long-delayed series, so fans are really anticipating this. But while Netflix is not yet announcing any release date, it was revealed that Amazon might have hinted about it already. The report stated that the company might unintentionally divulge the date, so the publications are calling this leaked information.

Amazon is releasing the novel titled “Lost in Space: Novel #1,” authored by Kevin Emerson. This is the novel edition of the series, and it was posted on the site for pre-orders. The description in the post revealed the story’s synopsis, and it reads: “A thrilling, original novel based on Netflix's smash hit Lost in Space! Perfect for fans eagerly awaiting season 2, this all-new story focuses on 11-year-old Will Robinson and his closest friend and greatest protector--a mysterious Robot with a dangerous past.”

In the page, it was also posted that it will be released on Nov. 19 and fans are quick to assume that this is the actual premiere date of “Lost in Space” season 2. There is no confirmation from Netflix if this date is correct.

The plotline and cast members of the second installment

“Lost in Space” season 2 is based on the sci-fi fiction series that was originally released in 1960. It tells that story of the Robinson’s family and their space adventures. Maureen and John Robinson, along with their three children were sent to a space mission, and they encountered many hurdles along the way.

The second season It will continue by showing how the Robinson's family will survive after being dragged to an unknown planet. In a strange environment, their robot friends are expected to lend them a helping hand and eventually sort things out so they can find their way back to where they came from.

“Lost in Space” season 2 will still feature Molly Parker and Toby Stephens as Maureen and John Robinson. The actors playing their three children Judy, Penny and Will will also return, and they are Taylor Russell, Mina Sundwall and Maxwell Jenkins.

Speaking to Pop Culture, Jenkins said that fans should be excited because it will be a great season. He said that it would be much bigger than the first season and it will be awesome overall.