Lee Min Ho’s ‘The King: The Eternal Monarch’ struggling to stay on top; Here’s why it failed to achieve the anticipated popularity 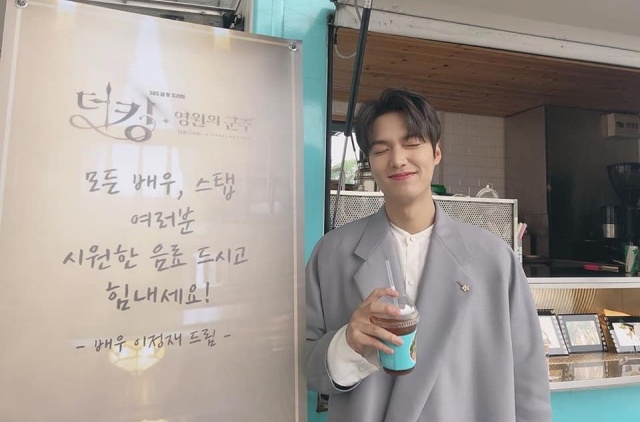 Lee Min Ho made his comeback via “The King: The Eternal Monarch” and prior to its premiere, fans were really excited about it. This is also another story by Kim Eun Sook, a known screenwriter whose projects are always a hit.

Fans are eager to see Lee Min Ho again who has been absent in the entertainment world for more than two years and combined this excitement with his second team up with Kim Eun Sook, the anticipation for the SBS’ fantasy drama was really overwhelming. However, when it finally premiered, the result was not the kind that the producers, writers and everyone else involved in the production have expected.

The outcome of the “The King: The Eternal Monarch”

This fantasy-romance drama is a big-budgeted project and with Lee Min Ho starring in it, everyone was expecting it would be as popular as the actor’s previous dramas. He could even break his records by gaining really high viewership ratings but contrary to the expectations, “The King: The Eternal Monarch” struggles to keep up with its rival dramas like “The World of Married.”

Although this show has a good number of viewers, it failed to beat its competitors so this was a bit disappointing even for Lee Min Ho. “TWOM” stayed on top throughout its run and it even sets a record as the most-watched drama in South Korea, as per The Straits Times.

Min Ho’s series is also up on Netflix but the figures showed that even on the streaming giant’s platform, the ratings of “TKTM” dropped by 6.3% on its ninth episode but it slightly went up again by 1.5 percent in the next episode. Over-all, since its airing, the drama’s ratings have been going down most of the time instead of going up.

It was said that one of the reasons why Lee Min Ho's “The King: The Eternal Monarch” did not do as expected is that it failed to impress the viewers. Instead, right from the start, it already got involved in negative controversy and it was quite sensitive for the Koreans as well.

Korea Joongang Daily reported that the show has been getting the wrong kind of attention after it featured many objects showing the Japanese heritage. In one of the episodes, a Japanese warship was shown and observers stated that it looks like an old Korean ship and the producers apologized for this. Prior to this incident, the public criticized the drama for showing Japanese-looking buildings in the opening credit which was apparently a mistake from the production team’s side.

Another reason cited by an expert is that the depiction of the parallel worlds seems to be very complicated for the viewers to grasp, thus, it is losing the interest of the viewers although they really like Lee Min Ho. Lastly, viewers have pointed out the excessive product placement where products and brand names were displayed too obviously and this happens very often too.