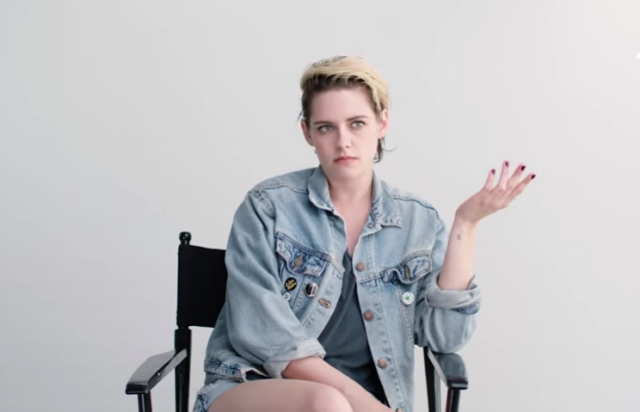 Kristen Stewart and Robert Pattinson are no longer a couple and they have moved on from their break up a long time ago. While fans are still hoping for their reconciliation, this is impossible at the moment as the two are involved with someone else.

Also, Stewart already admitted that she is gay and this complicates her anticipated reunion with Pattinson. The actress has also started dating women since her break up from her “Twilight” co-star and it seems that she has no plans of going back to dating men.

Kristen Stewart’s love life is quite controversial as she has been getting into relationships left and right and then breaking up with her “girls” after dating for a short while. In fact, just two weeks after she was reported to have reconciled with her Victoria Secret model’s girlfriend, Stella Maxwell, she was spotted kissing someone on the sidewalk.

According to People, Stewart was spotted with screenwriter Dylan Meyer and they were photographed kissing intimately in New York City. This lead to confusion because it was widely reported that she just reconciled with Maxwell.

Does this mean that they have broken up again just after two weeks of getting back together? Robert Pattison’s ex’s representative is not available for comments on the topic so there is no clear answer at the moment.

Pattinson’s romance with Suki is getting stronger

In contrast to Kristen Stewart, Robert Pattinson has a more‌ ‌stable relationship with his girlfriends. He even got engaged once and although he broke up with FKA Twigs, their romance lasted for two years. Today, he is dating Suki Waterhouse and they seem to be getting stronger than ever. E! News reported that the two recently reunited in London and they looked happy together. They have been going out for at least a year now.

Kristen Stewart and Robert Pattinson may have their own love life now but their reunion can still happen via a movie or TV series. Fans are hoping for this even if they can’t be together as a real couple. There are actually projects out there but they always miss the timing to come together.