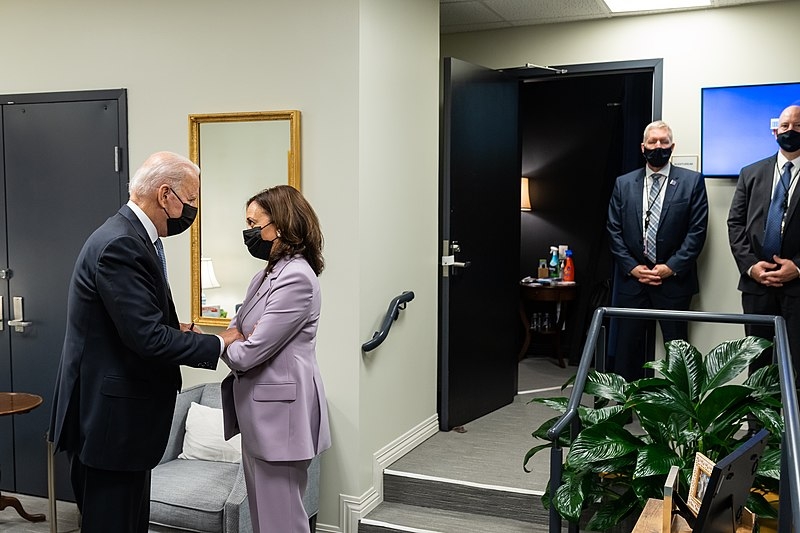 Harris, along with several other top Democrats, took to social media to share their birthday wishes to Biden, who celebrated his birthday in his home in Wilmington, Delaware. The vice president kept her message to the US leader short, as she wished Biden a happy birthday along with a candid photo of the two of them in the Oval Office.

Former President Barack Obama also shared a birthday message of his own to Biden, who served as his vice president for the two terms he was in office. Obama noted the legislative feats that Biden was able to achieve within his first year of office, including the bipartisan infrastructure bill and the Build Back Better bill that passed the House last week.

“Happy birthday to my friend and brother, @POTUS ! Thanks for giving all of us the gift of better infrastructure. Grateful for all you’re doing to build this country back better,” tweeted Obama.

House Speaker Nancy Pelosi also shared her birthday message to Biden on Twitter. “Happy birthday, @POTUS! Your leadership continues to help America work together to #BuildBackBetter,” tweeted Pelosi in her personal account, sharing a much longer message on her political account, Team Pelosi.

Prior to greeting Biden a happy birthday, Harris also made history over the weekend, as she became the country’s first woman who had presidential powers. Biden transferred the presidential powers to Harris during his extensive physical, after which the White House physician declared Biden healthy and fit to serve in office.

Harris held presidential powers for 85 minutes as Biden was under anesthesia for a colonoscopy. In officially transferring presidential powers to Harris during this time, Biden wrote letters to Pelosi as well as Democratic senator Patrick Leahy, the president pro tempore of the Senate, to inform them of the move.