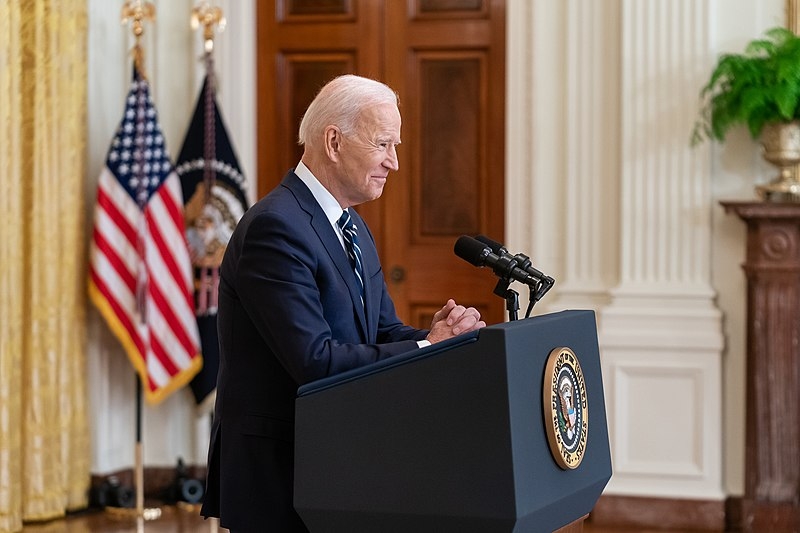 The democracy of the US remains to hang in the balance in the aftermath of the 2020 elections and the January 6 insurrection. US President Joe Biden delivered another sharp rebuke towards Republicans who are increasingly trying to undermine the country’s democracy.

Biden spoke in the virtual fundraising reception for the Democratic National Committee, where he hit out at the Republicans who are continuing efforts to undermine voting rights. Dozens of pieces of legislation by Republicans are looking to be passed in their states following the results of the 2020 presidential elections. Disgraced former President Donald Trump peddled the false claim that voter fraud was the reason for his loss and culminated in the insurrection at the Capitol.

“The single most important thing that we have to do is we have to protect the voting system, protect the sacred right to vote. It’s under assault in ways I haven’t seen in my entire career. And I was the guy who was able to get the Voting Rights Act extended 25 years before when I was Chairman of the Judiciary Committee,” said Biden during the fundraiser.

“It’s about who gets to vote and whether the vote counts and who gets to count that vote. We have a system that does both those things with independence and integrity. But what Republicans want to do is say a political party gets to decide if a vote counts, it’s outrageous,” added Biden.

Biden continued to urge the attendees to keep pushing for voting rights and to further show up and vote in future elections.

Meanwhile, also this week, Biden commented on the recent findings regarding the sexual harassment allegations made against an ally, New York Governor Andrew Cuomo. Following an official report confirming that Cuomo sexually harassed 11 women, Biden called on Cuomo to resign from his position.

“He should resign,” Biden said to the press. When he was asked whether Cuomo should be removed from office should he refuse resignation, Biden said that the state legislature may move to impeach Cuomo.