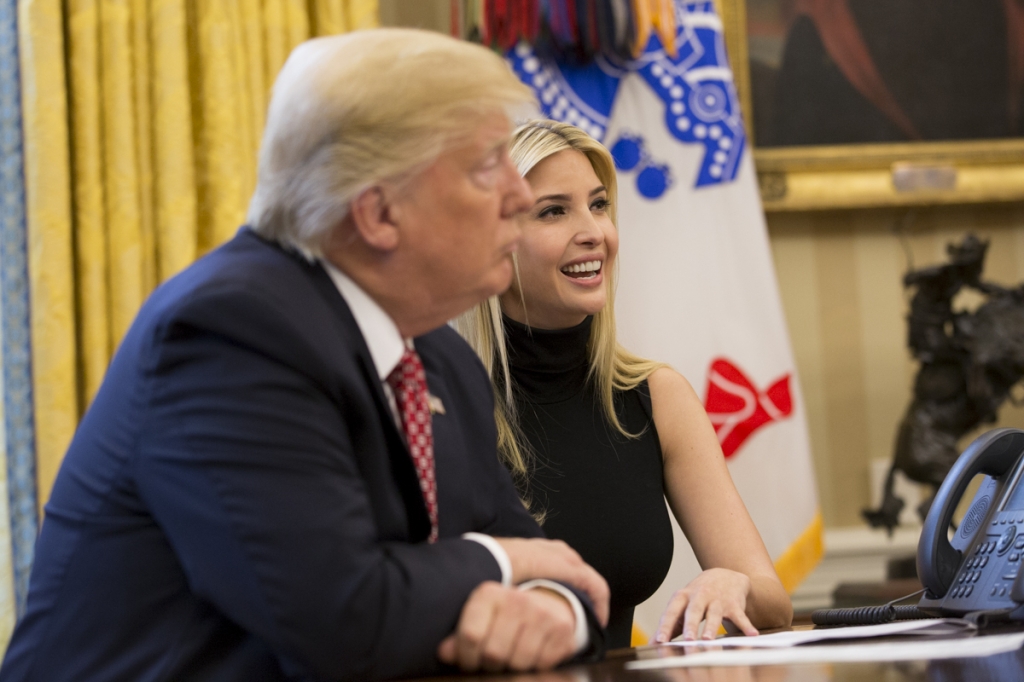 First Daughter and Senior Political Advisor Ivanka Trump accompanied her father Donald Trump to the World Economic Forum in Davos, Switzerland recently. But as she was being asked about her father’s impending impeachment trial, Ivanka declined to comment and instead ignored the reporter.

Politicalflare reports that Ivanka accompanied her father to the World Economic Forum in Davos. Ivanka was present in order to promote the Pledge to America’s Workers. CNN reporter Jim Acosta approached her and asked her a few questions about Donald’s impeachment, but was met with no response as she ignored him while her assistant swatted the microphone away. Donald’s Senate impeachment trial was to begin hours after the conference, and as Acosta shared on Twitter that Ivanka declined to comment, Donald Trump jr. quote-tweeted his tweet, and called him “one of the most dishonest reporters in all of Washington” in the process.

Contrary to what Donald Trump jr. tweeted regarding Acosta, many netizens did not feel the same way and instead criticized Ivanka for failing to respond to any of his questions. One commenter tweeted that Ivanka will never realize that her presence at the forum is unnecessary, and is an insult to the other attendees who are actually qualified to be present. Others mocked Ivanka instead, pointing out the air of self-importance Ivanka seems to have given herself upon appearing at the Davos forum.

Meanwhile, Express reports that the First Daughter is also under fire for the transportation she took while she was escorted around Davos. Secret Services reportedly spent $34,000 on rental cars to escort Ivanka around the city where the forum was to take place. Combined with other factors, this brings the expenses of the two-day trip of the Trumps to a little over $4 million, which taxpayers are considered to pay for using the State Department budget.

The other factors were the additional rental car expenses that amounted to $736,000 by the White House travel office and an additional two bookings for the President’s entourage. One booking cost $286,000 and the other cost $29,000. This does not include security costs, which will definitely spike up the total amount.