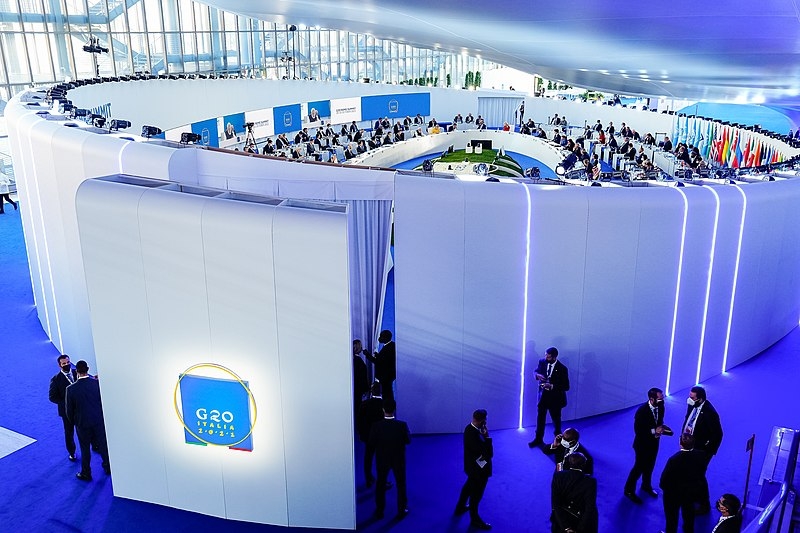 Talks over the nuclear deal with Iran have yet to show some progress as the Islamic nation has moved forward with its nuclear program. During the recent G20 Summit, UK Prime Minister Boris Johnson met with his counterparts in the US, France, and Germany to discuss the deal.

Johnson, US President Joe Biden, French President Emmanuel Macron, and outgoing German chancellor Angela Merkel are meeting on the sidelines of the G20 summit to discuss the nuclear deal with Iran. A senior US official told the press at the G20 conference that the meeting was Merkel’s initiative which would provide leaders with an opportunity to go over the topic ahead of a critical period.

Biden is looking to revive the nuclear deal that was established in 2015, the Joint Comprehensive Plan of Action, to get Iran to comply with the pact. The nuclear watchdog of the United Nations has warned that Iran has increasingly violated the conditions of the deal.

The nuclear deal talks in Vienna have paused since Iran swore in its new president, Ebrahim Raisi, back in June. However, Iran’s deputy foreign minister Ali Bagheri announced on Twitter that Iran has agreed to restart negotiations by the end of November and that the date for when the negotiations would resume would be announced in the coming week.

Biden’s national security adviser Jake Sullivan said that the US was still trying to see if Iran was serious about the upcoming negotiations. Downing Street officials have also said that the nuclear deal was the best option to prevent Iran from getting nuclear weapons. They stressed the importance of Iran complying with the deal.

Tensions between Iran and the US have escalated in recent years under the administration of Biden’s immediate predecessor Donald Trump. Both countries have engaged in a back and forth in the form of strikes, including a US airstrike that killed top Iranian general Qassem Soleimani. According to a book by former US national security adviser Keith Kellogg, “War by Other Means -- A General in the Trump White House,” the airstrike that killed Soleimani was in retaliation for the Iranians crossing a “red line.”

Contrary to the official statement by the White House at the time, Kellogg revealed that the airstrike by the US was in retaliation for the Iraqi militia’s attack on the US embassy compound that killed a civilian contractor was the reason.