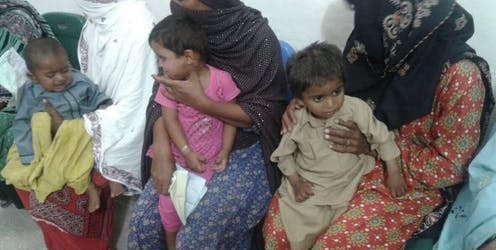 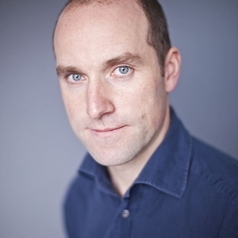 High-dose vitamin D supplements improve weight gain and help with the development of language and motor skills in severely malnourished children, our latest study has found.

Severe acute malnutrition is the most extreme and visible form of undernutrition. Affected children have very low weight for their height and severe muscle wasting; they may also have swollen feet, face and limbs.

About 20m children are affected worldwide, mainly in Asia and Africa where it is a major cause of death. Children with severe acute malnutrition also commonly have low levels of vitamin D. This micronutrient is important for muscle and bone health and for maintaining a healthy immune system.

Vitamin D deficiency is a known risk factor for muscle wasting in malnourished children, but the standard treatment – a high-energy food paste – contains relatively modest amounts of this vital micronutrient. And, somewhat surprisingly, the effects of adding high-dose vitamin D to this treatment have not previously been studied.

People with severe acute malnutrition are more susceptible to infections and excessive inflammation. Our previous research suggested that vitamin D would be a good candidate to combat this, as it is known to have both anti-infective and anti-inflammatory properties. These properties are specific to vitamin D, hence our decision to investigate the benefit of boosting this specific micronutrient in children with severe malnutrition.

The team from the University of the Punjab and Queen Mary University of London ran a clinical trial in Southern Punjab, Pakistan – a country where an estimated 1.4m children live with severe acute malnutrition – to find out whether a high dose of vitamin D would speed up the recovery of 185 malnourished children. The children’s ages ranged from six months to four years. They were all receiving the standard food paste.

Ninety-three children were randomised to receive two doses of 5mg vitamin D by mouth, dissolved in 1ml of olive oil, while 92 children were randomised to receive a placebo that looked and tasted the same (olive oil without vitamin D). Both groups received standard treatment for severe acute malnutrition. During the study, neither the children, their parents nor study staff knew which children were in the active or control arm. This “double blinding” was done in order to avoid biasing the study results.

Our findings were striking. After two months of treatment, the children who received high-dose vitamin D had significantly better weight gain (0.26kg extra weight gain compared with the children who received the placebo). They also had significantly better motor and language development (21% in the active arm had delayed development at two months, compared with 40% in the control arm).

We monitored all the participants for symptoms of hypercalcaemia (raised blood calcium levels – a recognised complication of vitamin D toxicity). None of the children experienced these symptoms. We also checked calcium levels in a subset of 90 children at the end of the study; these were no higher in children who were randomly allocated to receive vitamin D compared with those randomly allocated to receive a placebo.

Our findings raise the possibility that high-dose vitamin D, an inexpensive intervention, could be a game changer for treating severely malnourished children. However, our results need to be backed up by further studies before high-dose vitamin D can become incorporated into standard treatment. Specifically, we need more clinical trials to see if our results can be reproduced in other countries where severe acute malnutrition is a problem.

We are also planning a larger trial with longer follow-up in Pakistan to see if high-dose vitamin D could reduce mortality in children with the most severe form of acute malnutrition.

Adrian Martineau does not work for, consult, own shares in or receive funding from any company or organisation that would benefit from this article, and has disclosed no relevant affiliations beyond their academic appointment.