Health Check: what is the common cold and how do we get it? 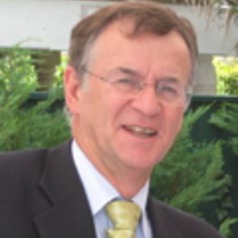 The “common cold” is common. Most of us will have at least one or two per year. Children get sick more often and very young children often get more than five colds per year.

Even though it’s so common there’s a lack of good research looking into this infection and ways to prevent and treat it.

The common cold is caused by viruses. It’s generally an acute self-limiting infection, which means it comes on quickly and resolves by itself. It involves our upper respiratory tract and airways (nose, throat, pharynx and larynx).

The incubation period after picking up the virus is usually about two days before our symptoms start. The illness then often lasts for five to 10 days.

You are likely to be contagious while you have symptoms but you’re most contagious in the early part of illness (the first few days). Once your body effectively fights the infection, the numbers of the virus in your body will drop off and you will recover. We recover from these viral infections when we develop immunity to the strain infecting us by sending white cells to kill the virus and making antibodies active against it.

Some of its signs and symptoms can overlap with other conditions such as hayfever, although the latter is usually without a sore throat.

How do we catch colds?

It was, and is still thought by many, that exposure to cold temperatures, especially in winter caused the common cold. By itself this does not appear to be true. The common cold is caused by viruses. One needs to catch one of these viruses to get a cold – just exposure to low temperatures won’t do it.

However when it’s cold and wet outside we are more likely to be indoors and be in more crowded places including with other people who may have a cold. Hence cold weather does make it more likely that we will catch a cold, especially if we are near people who have one.

Its common association with winter and cold weather likely contributed to its name. Whether cold weather and lowered humidity also contribute to the transmission of these viruses is still unclear.

We often touch contaminated surfaces. Then we infect ourselves when our hands touch our mouth, nose and/or eyes. So it’s by our hands that we most often “catch” a cold. This is also why good hygiene, along with regular hand-washing with soap and water or with alcohol-based solutions not only decreases our chances of catching a cold but helps protect those around us as well.

The common cold is caused by quite a few different viruses - not just one. Rhinoviruses are the most common cause. These are small RNA viruses named after the nose “rhino” and which grow best at temperatures found in the nose 33-35°C.

Other common causes are coronaviruses (RNA viruses that under a microscope look to have a crown or halo) and influenza viruses. A host of other viruses including RSV, parainfluenza virus, metapneumovirus and adenovirus are some of the other causes.

All the viruses cause the same type of symptoms. Therefore you can’t tell by your symptoms which virus is making you unwell. You can usually only tell which virus it is by sophisticated molecular pathology testing on a sample from your respiratory tract.

This is why it’s usually not possible for you, or a doctor, to tell whether you are suffering from a cold or flu. The term “ILI” or “influenza-like illness” is also used for colds, especially where there is also fever.

While influenza might sometimes be associated with more severe respiratory infections, rhinovirus gives it a good run for its money. During most winters, rhinoviruses cause more cases of people needing admission to hospital with pneumonia than do influenza viruses.

What can we do about them?

The common cold is caused by viruses so antibiotics do not work and should be avoided. They won’t kill the causative viruses but just give the individual side effects and needlessly help cause antibiotic resistance to rise as well.

There are few good studies that have looked at what works for the common cold. Many things don’t work. As well as antibiotics, vitamin C, vitamin D and echinacea also don’t work.

Antihistamines don’t work by themselves but may be of benefit if combined with a decongestant and analgesic. Decongestants are only of small benefit if used by themselves. An anti-asthma drug (ipratropium) if used intranasally probably benefits in the relief of some symptoms.

Over-the-counter cough treatments and vapour rub don’t seem to be of benefit. Anti-inflammatories such as aspirin and ibuprofen help relieve pain and aches but don’t seem to benefit control of other symptoms.

Paracetamol helps fever as well as pain, but it doesn’t work as well as ibuprofen for fever control. Humidified air, nasal irrigation and ginseng are all of unclear benefit. Oral zinc as lozenges does appear to be of some benefit. Honey might help but so does chicken soup – especially if made by your mother!

Peter Collignon does not work for, consult, own shares in or receive funding from any company or organisation that would benefit from this article, and has disclosed no relevant affiliations beyond the academic appointment above.