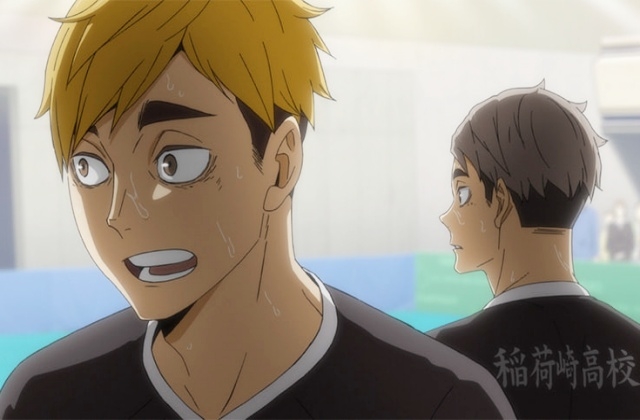 Karasuno and Inarizaki’s game is about to end in “Haikyuu” season 4, episode 23. They have started the third set and now it is almost finished. Then again, both teams are trying their best to score because they are at match point now.

Karasuno High may be more pressured though since the flow of the game appears to be going in favor of Inarizaki. Despite this, Hinata’s save in the previous chapter should not be overlooked because that move made it possible for the match point to happen in “Haikyuu" season 4 episode 22.

In episode 22, Riseki is losing his confidence until coach Kurosu talked to him. The coach told the player that even the players and teams must try new things to remain on top of their game. He then told Riseki to let go of his bad memories and move forward instead by challenging himself to be better.

Inspired by his coach’s words, Riseki stepped into the court and instantly, he landed an amazing service that gave his team a score. He went to serve again and delivered another blow that even impressed the supporters of the Inarizaki High. On his third serve, Daichi was able to receive it and Tsukishikma attacks.

Inarizaki then made a comeback and they scored to lead the game. Just then, Hinata showed off his skills and by receiving an attack with a powerful spike that tied the score.

The story is now heading to “Haikyuu" season 4, episode 23 titled “The Birth of a Quiet King.” As per the show’s official website, its plot summary reads: “The third set also entered the final stage. Karasuno, who pulled back the flow due to the reception of Hinata, continued to fight back and forth, but the match point was held. What is the play that setter Kageyama showed in such a desperate situation?”

Fans are now waiting for “Haikyuu" season 4 episode 23 because as the teams reached the match point, it is hard to predict who will. The match may end in this chapter so an intense game is expected.

Meanwhile, “Haikyuu” season 4 episode 23 is scheduled to be released on Dec. 4.