FxWirePro:GBP/NZD falls below 1.9450 as COVID, Brexit move back into focus

FxWirePro: AUD/JPY slumps over 0.75% to break below 23.6% Fib, further weakness on charts 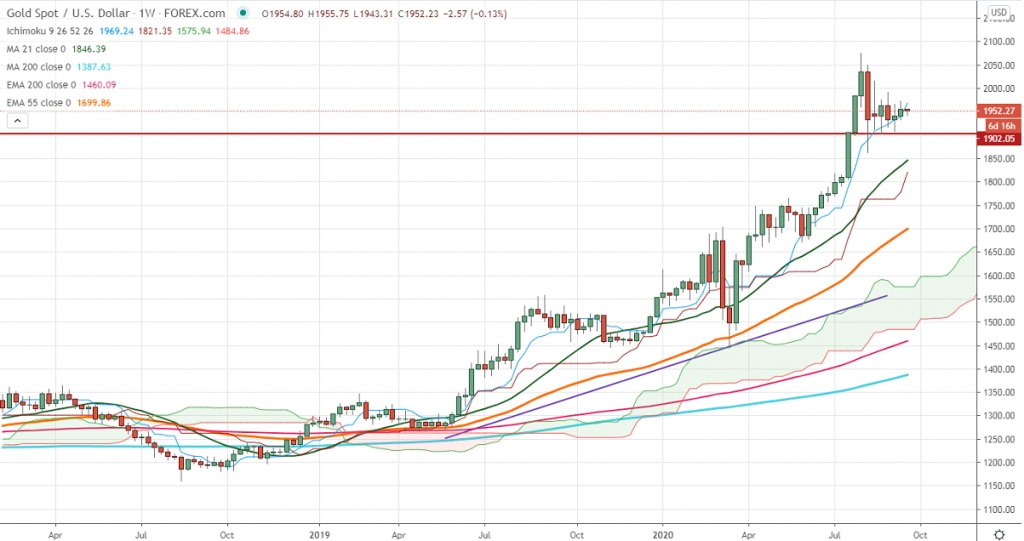 The gold is trading in a narrow range between $1973 and $1932 for the past one week. The slight weakness in the US dollar index is supporting prices at lower levels The US fed confirms in monetary poly meeting that interest rates until at least the end of 2023.  The US retail sales came at 0.7% slightly less than the forecast of 1.%. The number of people who filed for unemployment benefits declined by 33000 to 86000 in the week ended Sep 12th. The housing starts and building permits came much weak than the estimate. US dollar index continues to trade weak and any violation below 92.70 will drag till 92.40/91.50. It hits an intraday high of $1955 and is currently trading around $1952.53.