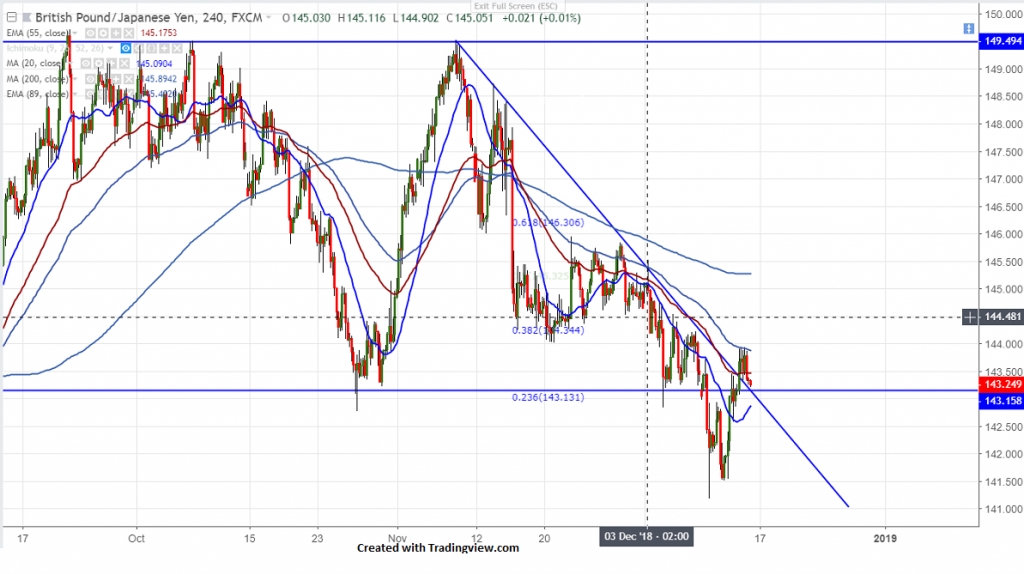 GBPJPY shown a good recovery till 143.93 and shown a minor sell-off from that level. The pair recovered more than 350 pips on Theresa May won no-confidence vote in parliament on Wednesday. But Brexit uncertainty sills prevails. The pair hits intraday low of 143.24 and is currently trading around 143.32.