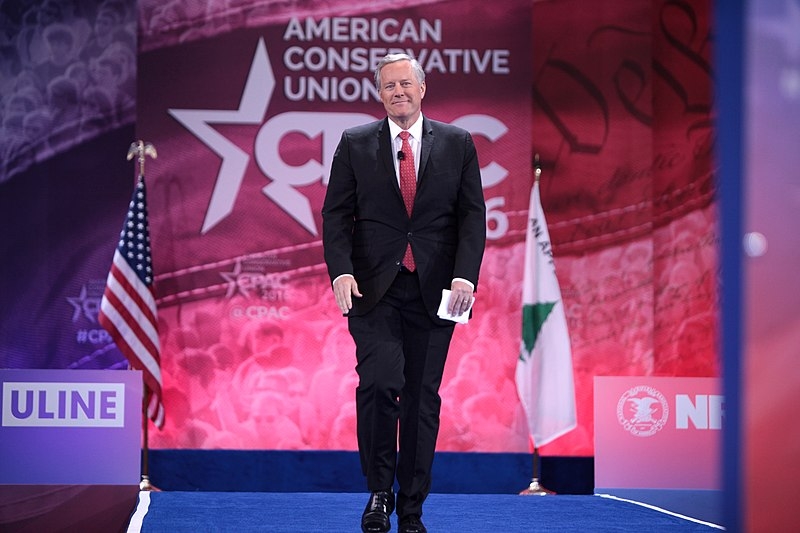 Former US Defense Secretary Mark Esper revealed what took place behind the scenes in the Trump administration during his time as the head of the Pentagon. In his book, Esper shared the frequent clashes between him and Trump Chief of Staff Mark Meadows.

In Esper’s book “A Sacred Oath,” Esper recalled proposing an initiative back in 2020 that would free up cash for a military program which meant it would not be necessary to ask for another appropriation. When Esper introduced the initiative in a speech, he faced backlash from the White House at the time.

Apparently, the White House wanted to make the announcement so then-President Donald Trump could take credit for the initiative. Esper announced the initiative on October 6, 2020, less than a month before the presidential elections in November, and some had already cast their votes at the time.

“Chief of Staff Mark Meadows even got involved,” Esper wrote. “Indeed, he and I got into a yelling match not long after I briefed Battle Force 2045 to the public. He had the nerve to ask in a phone call, ‘Who the hell are you to make a major announcement about the Navy?’”

When Esper pointed out that he was the Defense Secretary, the former Pentagon chief described how he imagined Meadows’s reaction.

Meadows then questioned who gave Esper the authority to make the announcement. Esper recalled pointing out that he was confirmed by the Senate and therefore was given full authority by Congress to make such an announcement.

Another yelling match that Esper recalled getting into with Meadows was during the George Floyd protests in 2020 on whether the Insurrection Act could be invoked.

Esper made it clear during a news briefing that he opposed invoking the Insurrection Act to disperse the protesters. Meadows later called Esper, asking him to sign a letter to Trump saying that he did not mean what he said during the briefing.

Other revelations about Meadows surfaced this week, one of which stemmed from a part of the former chief of staff’s book where he claimed that one of the hard parts of his job was to be the person in charge of telling Trump he was wrong. However, according to Washington Post reporter Michael Kranish, all the White House aides he spoke to have never seen Meadows do such a thing.