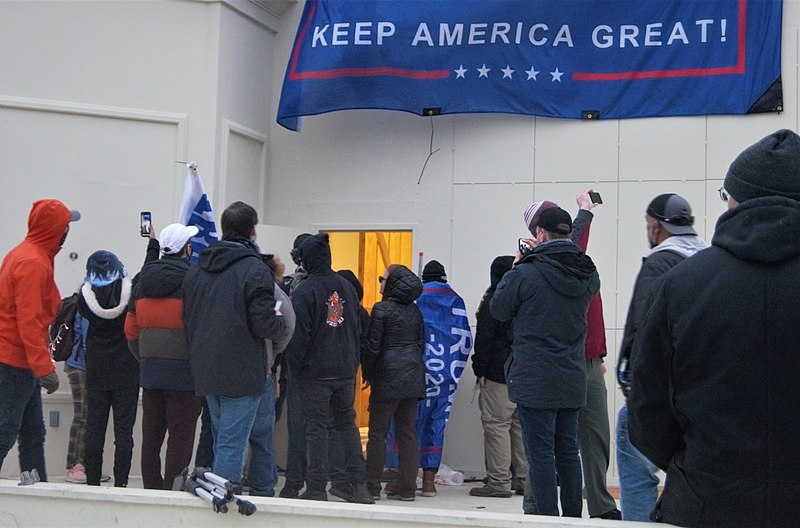 McCabe discussed the upcoming rally on CNN and touched on the claims made by far-right figures that the insurrectionists that stormed the Capitol on January 6 were political prisoners. Host Jim Acosta pressed McCabe on why many supporters of disgraced former President Donald Trump keep calling the rioters “political prisoners” without acknowledging the crimes those insurrectionists actually committed.

The former FBI official said that the term appeals to their base of supporters when the actual premise is not true. McCabe went on to explain why the claims are false.

“The simple fact that you have political beliefs and find yourself in jail doesn’t mean you are a political prisoner,” said McCabe. “All those folks arrested and those detained as a result of their involvement on January 6th are detained because a judge or grand jury determined there is probable cause to believe they committed a crime and in many cases violent crimes. They’re in jail and they’re in the situation they’re in because they likely violated federal criminal law.”

Meanwhile, the bipartisan House Committee tasked with conducting an investigation into the insurrection that left five people dead and dozens of police officers injured, previously requested federal agencies for records related to the insurrection. This also included requesting telecom companies to preserve the phone and text message records of several individuals, including members of Congress.

Several House Republicans, who have been widely suspected to have had prior knowledge, and are staunch allies of the twice-impeached former president, have been railing against the work of the committee. Eight House Republicans sent threatening letters to 14 telecommunications and social media companies to withhold their records from the January 6 committee.

In the letters, they demanded the companies preserve the phone and text records of 16 Democrats including those who are on the Select Committee. Also included among the Democrats they demand to have records seized are Vice President Kamala Harris, House Speaker Nancy Pelosi, members of the “Squad,” House Judiciary Committee Chair Rep. Jerry Nadler, and Rep, Eric Swalwell.