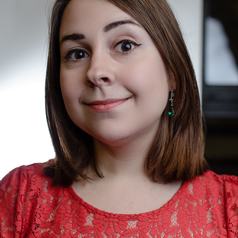 Cannabis is one of the most commonly used drugs in the world, though it’s only legal in a few places. Despite it’s popularity, there’s still a lot that researchers don’t know about how cannabis, including how it affects our mental health. But numerous studies have now shown that people who use cannabis have a higher likelihood of experiencing mental health problems. And the potency of the drug – and how often it’s used – are likely to play a role in this relationship.

Different types of cannabis have different levels of a component called tetrahydrocannabinol (THC). “High potency” cannabis has higher amounts of THC. High potency cannabis is widely available legally in many US states, as well as many countries where cannabis is illegal.

For this study, we used data from the “Children of the 90s” study. This data has been collected since the early 1990s, and comes from more than 13,000 people in south-west England followed from birth. When these children were aged 24, the study team asked them if they’d used cannabis recently, and what kind of cannabis they had used.

The participants were also asked about their other drug use, symptoms of depression and anxiety, and whether they’d had “psychotic-like” experiences (such as hallucinations, which were assessed by specialists to determine if they were similar to experiences of people with psychosis).

In this study, six in ten people had used cannabis at least once in their life by the age of 24. Three in ten of these 24-year-olds had used cannabis in the past year. Those who said they’d used herbal cannabis or hash were classified as using lower potency cannabis. If they said they’d been using skunk or other higher potency types of cannabis, they were classified as using high potency cannabis.

Using this classification method, just over one in ten people who’d used cannabis at age 24 said they’d used high potency cannabis. However, this classification method isn’t perfect. Ideally we’d have preferred to use laboratory measures of the level of THC in the cannabis. As cannabis is illegal to buy and sell in the UK, we had to rely on first-person reports of what they were using.

A lot of concern about cannabis is around the development of psychosis, but there’s often less focus the fact cannabis is potentially addictive. There’s a misconception that you can’t get addicted to cannabis, but cannabis abuse and dependence have very real impacts on people’s health and their lives.

Those using high potency cannabis were more than four times as likely to report issues such as using cannabis on their own, their family expressing concern over their cannabis use, failing in an attempt to cut back on use, and getting into fights or problems at school or work as a result of use.

Typically, age of starting to use cannabis or frequency of use are linked with problematic use. But our research found that using high potency cannabis was linked with greater likelihood of experiencing problems, regardless of these factors. However, from this study we’re still unable to tell if problems with cannabis began before or after the use of high potency forms of the drug.

Because the Children of the 90s study has tracked participants from birth, we could be more certain any relationship we found came from participants developing mental health problems after using high potency cannabis, and not the other way around. We also know that those who use cannabis more often at higher likelihood of experiencing problems.

Not only was likelihood of experience anxiety disorder twice as high, but also we found high potency cannabis users were almost twice as likely to have psychotic experiences. However, this was not the case once we took into account how often they were using the drug. This suggests the relationship between psychotic experiences and high potency cannabis may depend on how often the drug is used.

Though we can learn much from this study, we still need better data that can show whether changes in cannabis potency relates to changes in a peron’s mental health. Future studies may also assess the content of the cannabis objectively, rather than relying on a people self-reporting. But these results do suggest that, for those who choose to use cannabis, using lower potency forms of the drug and not using it too often could reduce some of the harms that we see associated with use.