Canada's new food guide: A fail on culture and sustainability? 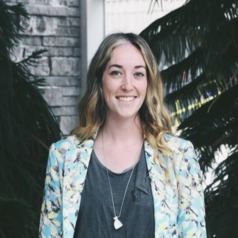 Canada’s food guide is being revised. After a three-year consultation process, the guide will be published within weeks. Sadly, economic and political agendas will likely continue to make its dietary recommendations unachievable for many Canadians.

As a biocultural anthropologist, I explore how nutritional health goes beyond physical health. Social factors like income and proximity to grocery stores have an impact, as do cultural values and knowledge.

Why then, in a country as culturally diverse as Canada, is there such a surprising lack of culinary representation in our food guide? 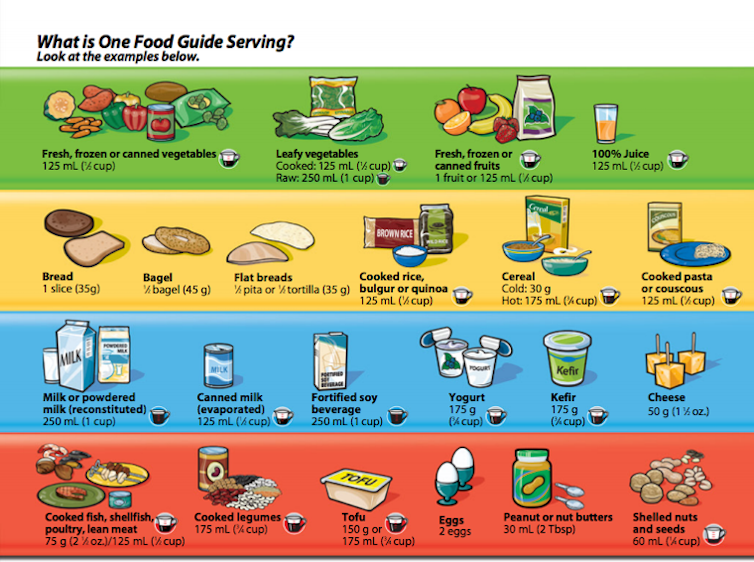 The food guide has long been rooted in economic agendas. The 1942 Official Food Rules for Canada were developed to encourage Canadians to eat more, despite food rationing during the Second World War. This was to combat malnutrition and to strengthen soldiers and industry workers. Despite seven changes to the guide between now and then, there have been no suggestions to eat less.

Early drafts of the new guide indicate that the conventional four food groups will be reduced to three — wholegrain foods, fruit and vegetables and protein foods (incorporating the traditional meat, fish and dairy).

The drafts suggest the guide will remain focused, however, on the nutrients that individual bodies should consume. The food guide does not appear to tackle the important economic, social and cultural barriers many individuals and families face to accessing healthy food.

During a 2013 visit to Canada, UN Special Rapporteur on the right to food, Olivier de Schutter, expressed serious concerns over the severity of food insecurity and hunger across the country.

Food security is defined as the availability, accessibility, affordability and appropriateness of foods for households.

Early prototypes of the Food Guide reveal a continued focus on fresh produce. And yet frozen produce is cheaper and still reliably nutritious. And when you’re stressed about money or live far from a Whole Foods, you’re unlikely to prioritize quality over quantity of food.

The guide should also think about healthy foods that are culturally appropriate. Incorporating traditional Indigenous foods (for example game meat, corn soup or wild blueberries) or foods that would be recognizable to newcomers to Canada (such as plantains or cassava for Central American families) would help more communities recognize their own diverse histories and cultures in the Food Guide rainbow.

If we are serious about reconciliation with Indigenous peoples, then this should also be reflected in what foods we recommend as healthy. Health Canada does have an Indigenous-specific food guide, but the language and visuals suggest that this is a “complement” to the main guide. Its grain recommendations, for example, ignore the fight some Indigenous communities are having to reclaim their pre-contact cuisine. 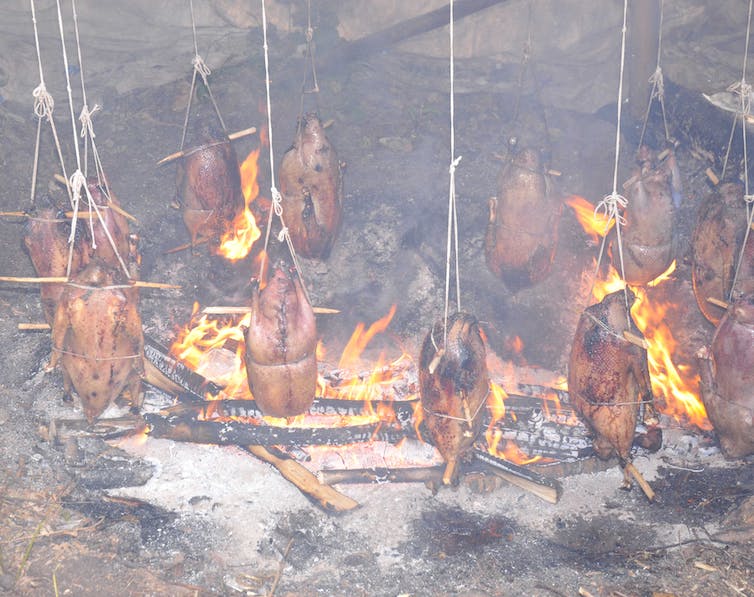 Food sovereignty is the right to healthy, sustainable and culturally appropriate food, and for communities to define their own food systems. Incorporating traditional foods from a variety of Indigenous cultures (for example wild rice, char and fiddleheads) into the main guide would make the recommendations more reflective of the diverse values and cultures that make up our country.

More importantly, it would also help to shape realistic food recommendations for communities where certain foods are more accessible and affordable, particularly for those living off-reserve. In turn, foods that are culturally and physically nourishing may help improve chronic health conditions and promote cultural healing.

Throughout the evolution of the Canada Food Guide, agricultural industries have lobbied for certain foods to be prioritized. The 2007 version drew concerns from health experts, as it suggested a half cup of fruit juice was equal to a serving of fruit. There was also worry that the guide encourages people to eat too much meat and dairy. 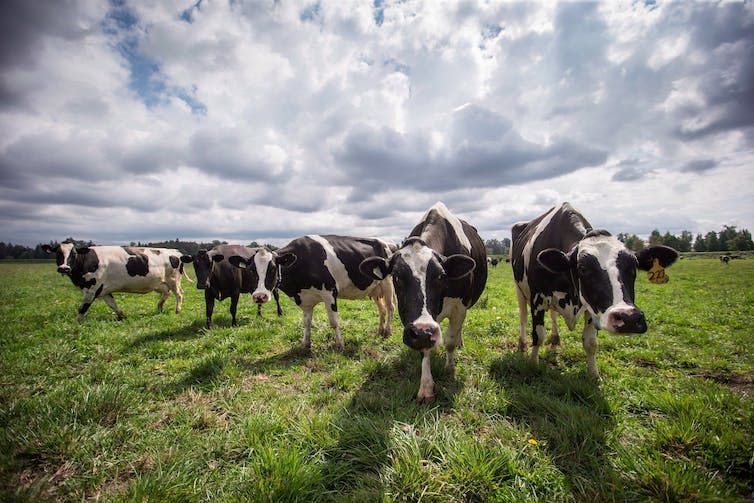 Dairy cows walk in a pasture at Nicomekl Farms, in Surrey, B.C., in August 2018. THE CANADIAN PRESS/Darryl Dyck

“Secret” memos from Agriculture and Agri-Food Canada (AAFC) stated that emphasis on plant-based proteins would have “negative implications for the meat and dairy industry.” The AAFC also argued against plant-based diets being more sustainable, claiming that the beef industry was making sustainability efforts.

In 2017, the House of Commons Standing Committee on Agriculture and Agri-Food recommended the government work with industry to “ensure alignment and competitiveness for domestic industries.” This may suggest that sustainability is not on the government’s menu.

But this is also an era of Canadian history defined by climate change, harmful government actions against Indigenous sovereignty and food-insecure families.

Brazil stated that dietary recommendations need to be tuned into their times, responding to changing food supply and population health. Reacting to social, cultural and environmental changes to food systems isn’t just good for a population’s diet — it makes for more resilience during climatic change and hardship.

Perhaps it’s time for Canada to move away from individual nutrients and frame healthy diets as dependent on socially and environmentally sustainable food systems.