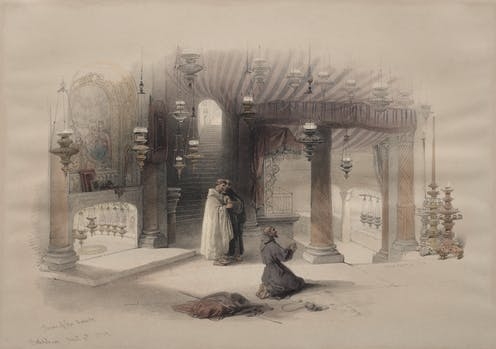 The Shrine of the Holy Nativity, Bethlehem, 1849. David Roberts 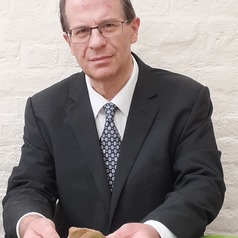 Every Christmas, Bethlehem becomes a focus of global attention as the scene of the Nativity – the birth of Christ. In most years, the town’s centre is crowded with Christian pilgrims. Indeed, many people travel to the Holy Land throughout the year to visit places of religious importance – whether in Jerusalem, Nazareth or around the Sea of Galilee.

But when did Christians start to consider places as holy and begin travelling to them on pilgrimage? Following on from my archaeological work in Nazareth, I decided to investigate using both ancient written sources and archaeological evidence.

According to the gospels, Christ taught that there was no such thing as a “holy place”. But by the third century, prominent Christians such as Alexander, later bishop of Jerusalem, and the renowned scholar Origen of Alexandria, were seeking out locations mentioned in the Bible. Even earlier, in the mid-second century, the Christian writer Justin Martyr knew of a cave in Bethlehem said to be the location of the Nativity.

The Gospel of James, sometimes called the Protoevangelium of James – which dates from the second century – also mentions such a cave at Bethlehem. While these writers could be referring to different caves, they attest that Bethlehem had at least one Christian holy place within a generation or two of the composition of the Gospel of John, the last of the canonical gospels.

Written sources show other Christian holy places at a similarly early date. A cave on the Mount of Olives, just outside ancient Jerusalem, was assigned Christian significance in the Apocryphyal Acts of John, probably written in the late second century. Inside Jerusalem itself, the first-century tomb later revered as the place of Christ’s burial and of the Resurrection (the Holy Sepulchre) may have already been identified as such in the second century.

The fourth-century historian Eusebius says that Hadrian built a temple over the tomb in opposition to its Christian significance and – as Hadrian built temples at, or near, both the Jewish temple at Jerusalem and the most important Samaritan shrine at Mount Gerizim – this may be more than late Roman speculation. Eusebius’s account is also consistent with archaeological evidence for a monumental Roman building on the Holy Sepulchre site later than the first-century tomb and before the fourth-century pilgrimage church there (the Church of the Holy Sepulchre).

Seven other fourth-century pilgrimage churches were on sites with caves at least partly cut out of the rock rather than being wholly natural caverns. As well as the Church of the Nativity at Bethlehem, where Jesus was born, these included churches at: Shepherds’ Field(s), a location just outside Bethlehem where the angels were believed to have announced Christ’s birth; the “Eleona” (olive grove) church on the Mount of Olives, a site associated with the Ascension when Christ returned to Heaven; Gethsemane, where Jesus was betrayed by Judas; and Tabgha by the Sea of Galilee, near what was believed to be the site of the Sermon on the Mount. There were also two at Nazareth, associated with the Annunciation – the announcement to Mary by the angel – and with Jesus’ childhood home.

All these fourth-century churches were either located in reference to, or were actually within, the caves. These caves were therefore probably understood as marking the locations of the events associated with their sites in the fourth century.

For example, at Bethlehem, the early fourth-century Church of the Nativity was specifically designed to display the cave as the primary physical focus of the church, and the altar was located in the cave itself. On archaeological grounds alone, the best interpretation of this layout is that the church and its altar were positioned because of the pre-existing religious importance of the cave. 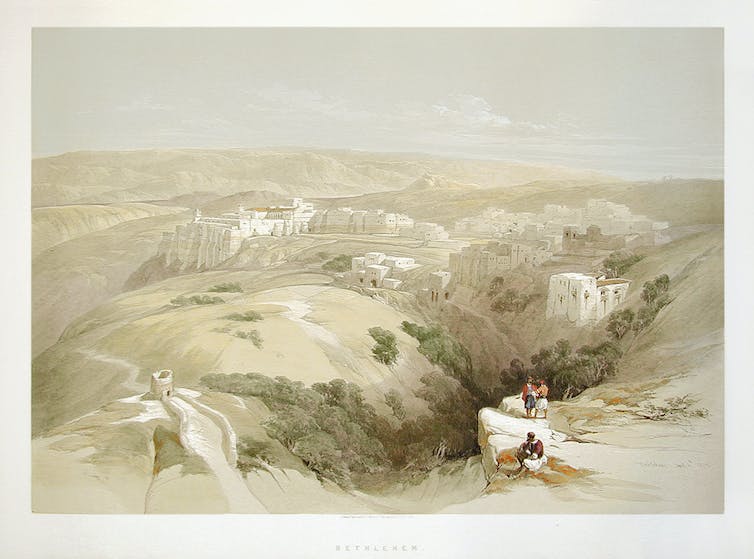 This interpretation of the caves in general is supported by written evidence. Eusebius wrote in his Life of Constantine that three great imperial churches were built in the early fourth century at places where crucial moments in the Gospels took place: the Church of the Holy Sepulchre; the Church of the Nativity; and the “Eleona”. All of these buildings, Eusebius says in his famous Ecclesiastical History, were built over pre-existing “caves” – one actually a rock-cut tomb – associated with the events commemorated by their fourth-century churches.

If at least some of the caves at these seven sites were constructed or modified to indicate places of Christian significance prior to the fourth century, they are among the earliest specifically Christian structures yet known. But nothing about them suggests there were more than a few local people involved in their construction, and the varied details of their size and plan suggest they are the products of separate initiatives.

The use of the caves in this way may also imply that they were visited for religious reasons earlier than their fourth-century churches – perhaps the earliest form of Christian pilgrimage. If the events commemorated by them were the same as the dedications of their later churches, then they would form a narrative sequence from the Annunciation to the Resurrection, with each cave (and the tomb at the Holy Sepulchre site) associated with only one event. It is therefore possible that, even before these sites were used for fourth-century churches, Christians travelled between them in a sequence following the order of those events in the Gospels.

This means written and archaeological evidence suggest that the origins of Christian topography and pilgrimage were earlier than usually supposed. If so, the fourth-century imperial church-builders inherited – rather than created – a network of holy places that had probably been emerging gradually over centuries as a consequence of small-scale local, and perhaps low-status, initiatives.