BTS confirmed to hold a concert in Saudi Arabia; Group to be the first foreign artist to perform solo in the country 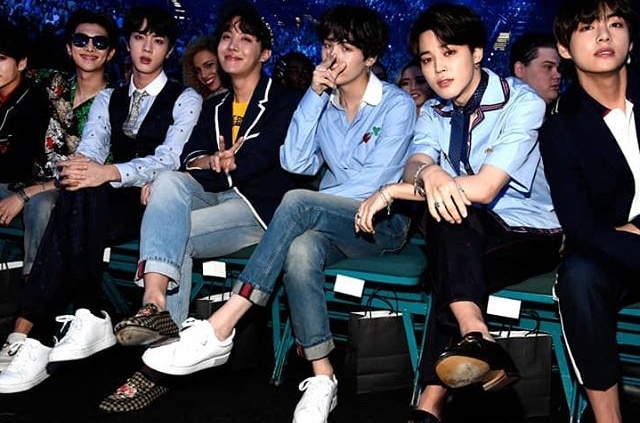 BTS has been confirmed to hold their concert in Saudi Arabia. While performing there is not really big news, the fact that they will be the first foreign artists who will perform solo is what makes it special.

Only a few international artists were able to hold concerts in this country, and it includes Black Eyed Peas and Rihanna. They perform in groups as part of world fest concerts, but BTS will be performing without any other acts to appear with them.

Where the BTS concert will take place

The boy group will hold their concert at the King Fahd International Stadium, and with this schedule, BTS is once again called the “most popular boy band in the world.” Entertainment Tonight Canada reported that this stadium in Riyadh has a seating capacity of 68,000 and used mostly for football matches and other athletic activities. Prior to the confirmation of this performance in the Arabian Peninsula, the team received the “Top Social Artist” award from the Billboard Music Award.

When is the concert

As announced by Big Hit Entertainment on July 14, BTS will fly to Saudi Arabia and hold their concert on Oct. 11. This will still be part of their ongoing “Love Yourself: Speak Yourself” world tour. They recently concluded their tour in the U.S. and will be heading to Japan and other nearby countries for their stops around Asia.

Meanwhile, aside from the concerts, BTS is also busy promoting their second movie titled “Bring the Soul: The Movie.” it was scheduled for worldwide release on Aug. 7 and fans will see behind-the-scenes of how RM, Jimin, J-Hope, Jin, Suga, V, and Jungkook prepared of their world tour. There will be clips of their personal time and while they tour after their performances.

Moreover, the interview with the ARMYs, the BTS official fandom, will also be featured in the movie. Selling of tickets for the “Bring the Soul: The Movie.” has already begun so fans should get theirs now while there is still time. It should be noted that it is expected to be in theaters for five days only, from Aug. 7 to 11.