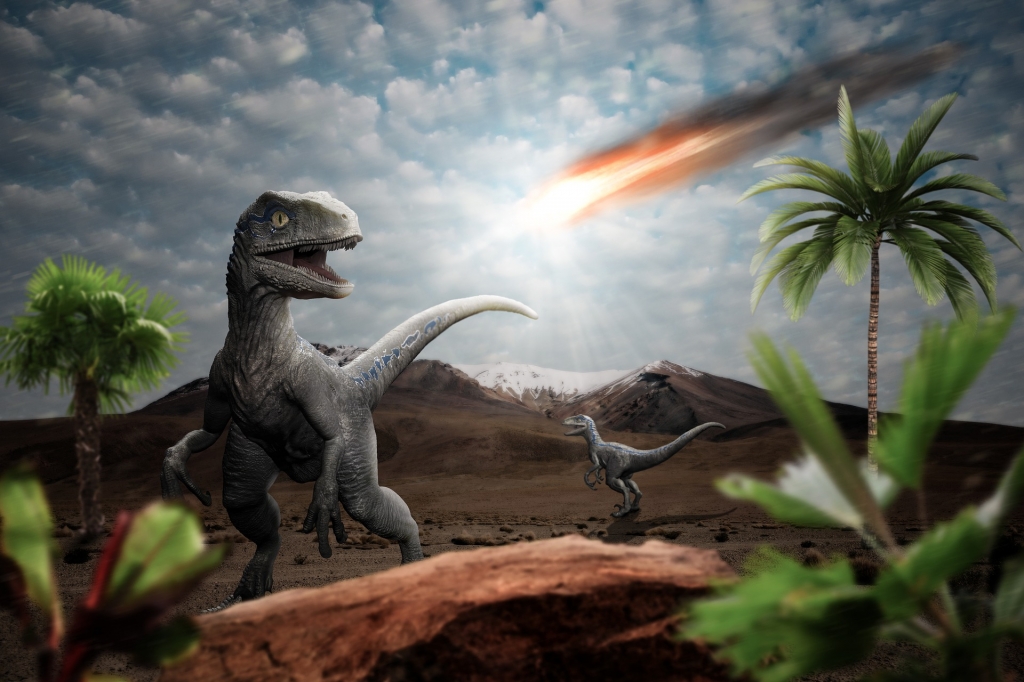 66 million years ago, an asteroid 10 kilometers in diameter triggered the mass extinction of the dinosaurs. Now, experts have weighed in on what would happen if an asteroid that same size would collide with the Earth today.

In the History documentary “Doomsday: 10 Ways the World Will End” detailed what may happen should an asteroid the same size as the one that killed the dinosaurs collide with modern-day Earth. Running a simulation of what happened during the Chicxclub impact, the asteroid that crashed into the Gulf of Mexico would trigger a chain reaction of natural disasters.

According to the narration, “In Los Angeles, a cloud of ash cloaks the city, minutes later, a massive earthquake shakes Southern California to its core. At a magnitude of 10.8, it is the most powerful in recorded history, a shockwave radiates from the impact site in all directions. The blast of air hits places like New Orleans and Mexico City at 875 mph, almost three times the speed of the fastest tornado in the world…”

Dr. Dan Durda, a planetary scientist for NASA, also explained the immediate implications of the collision. Dr. Durda said that the shockwave would produce a massive bomb blast that could kill people almost instantly as the blast would be so strong it could rupture a person’s internal organs and burst the lungs. Paleontologist Trevor Valle also echoed Dr. Durda’s comments, saying that the consequences would still be as apocalyptic today as it was back during the time of the dinosaurs.

They revealed that in the cities that are much farther away from the impact area would be affected through the debris that would come raining down. A quarter of the world’s population would be wiped out overall.

Meanwhile, back in space, scientists were able to detect what would be perhaps the biggest quasar ever seen so far. Referred to as J1007+2115 or locally among experts in Hawaii where it was detected as Pōniuāʻena or “unseen spinning source of creation, surrounded with brilliance,” the quasar is one of the two quasars that have the same cosmic period of origin.

This quasar is powered by a supermassive black hole that makes this the most distant or the earliest object known that would host a black hole with a mass of over 1 billion solar masses.